first of all.
look at that snaggle tooth smile.
the most adorable thing ive ever seen. 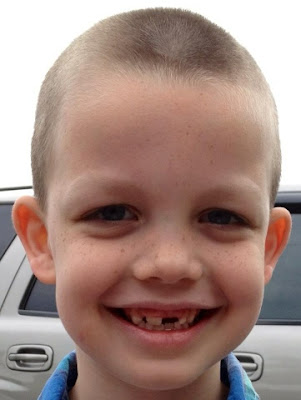 i can't believe it.
this cute boy just graduated kindergarten.
trace carter whitt.
i mean that just can't be.
wasn't he just born?
ok so maybe not.
but didn't he just start k-5?
trace had such a great first year of school.
mrs. ramsey was such a god-send.
seriously.
the best teacher ever, perfect for trace.
he learned so much. 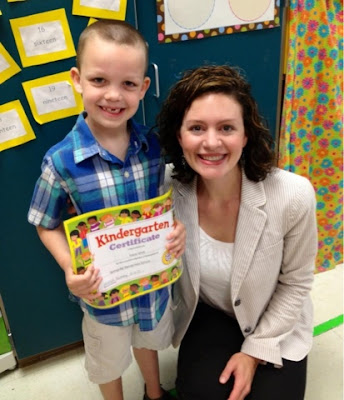 made several new friends... this is his class! :) 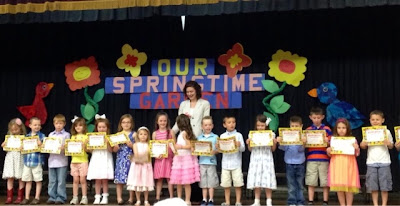 he proudly accepted his diploma from mr. byrd. 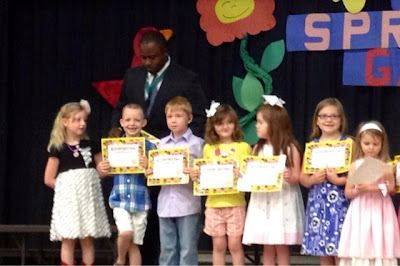 i heard all about lots of different girls.
he says he doesn't have a girlfriend.
but mama's not convinced. 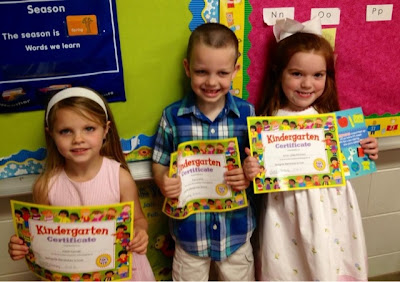 some of his work from throughout the year.
green man in camo with tank. i am thankful for the army.
blue boy with balls on his arms muscles. my new years resolution is to be strong. (obviously) 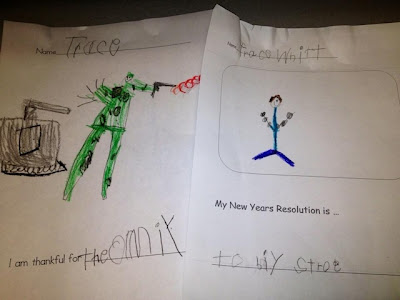 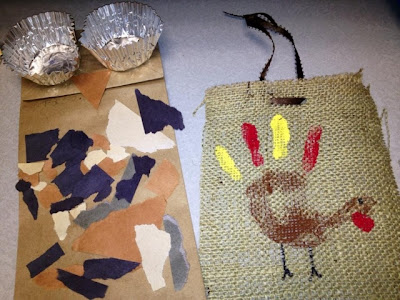 it still amazes me to see trace write words. sentences. stories.
and the boy can read. like he reads books to me. 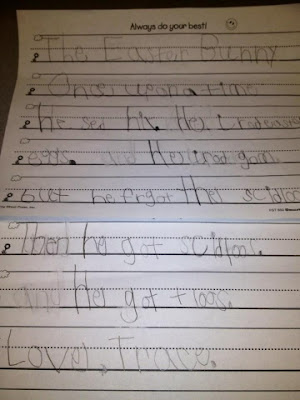 yall i know he's not the only kid that can read and write.
but still. he's my kid and im one proud mama!!
he's come so far in 9 months i just can't believe it.

here's a sweet treat from mrs. ramsey.
see. told ya she's the best. :) 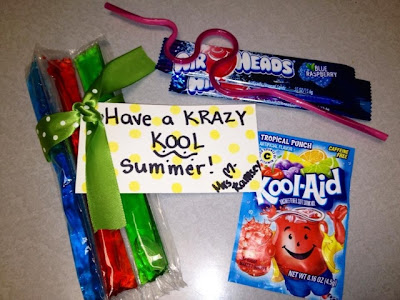 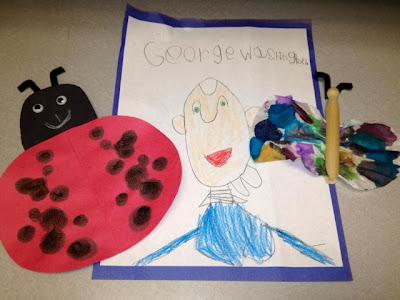 graduation day <3>
luc photobombed the pic.
i love it. 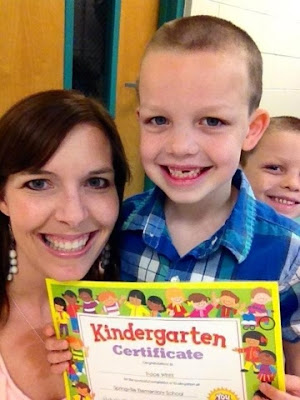 daddy and his biggest mini me.
2 of my 3 loves. 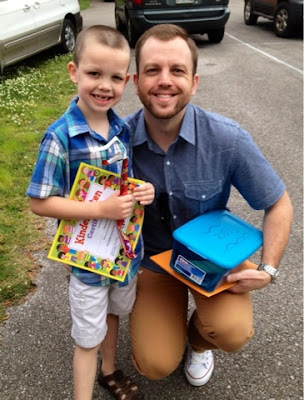 ummm excuse me where did my baby go?
he is the most handsome graduate i've ever seen.
in the history of ever. 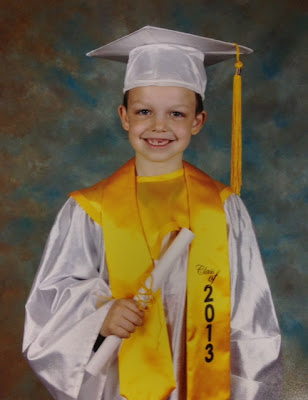 and lastly... a few before and after shots that still leave me speechless...
the first... is his school pic from the fall.
yes its a pic of the pic.
the proofs got buried under papers on the table.
and it was too late to order them.
anyways. look at this chubby cheeked little boy.
with only 1 missing tooth. 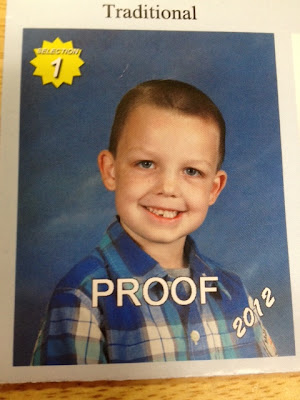 now.﻿ i mean look at him. spring pictures.
again. didn't order in time.
remember, i did order the graduation pics.
thats all that matters. right?
so look.
he is so growny looking here.
and the missing teeth.
and the ones he lost that have already grown back.
i can't get over it! 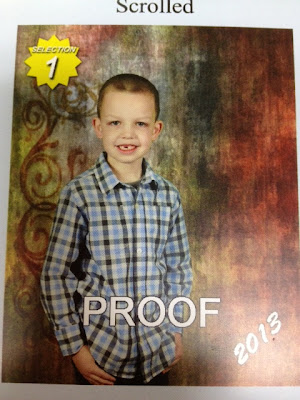 first and last days of kindergarten. 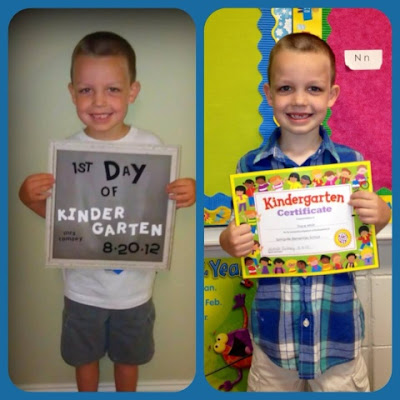 watching your baby grow up before your eyes is hard to do.
but i could not be more proud of my angel!!
i'm excited for the summer (and so is he!)
first grade will be here before we know it.