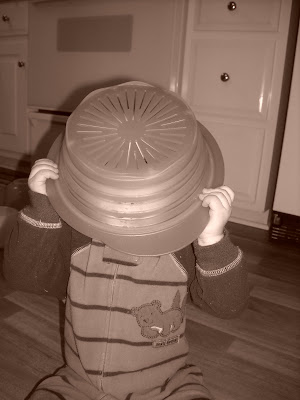 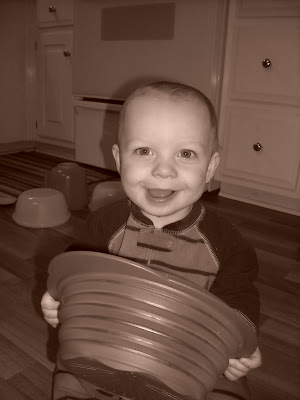 so last week it was super cold outside, so we stayed in as much as possible... which led to bored little boys at the whitt house! lucas is always under my feet when i am in the kitchen, or either trying to pull stuff out of the cabinets. so i finally gave in and let him play with several pots, pans, and bowls! 3 wooden spoons later, and the boys were having a good ol' time! 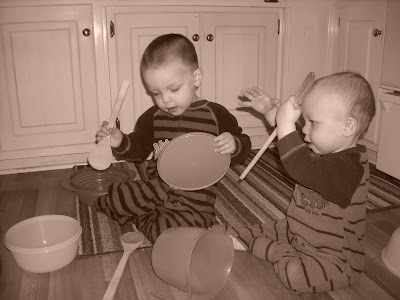 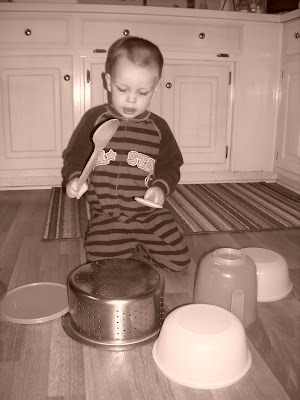 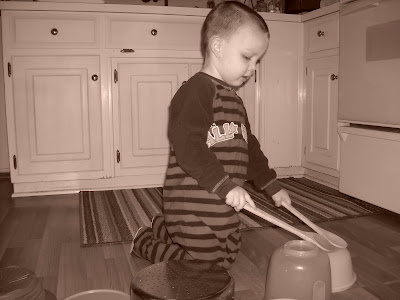 i really think trace is going to be musically inclined. he takes after his daddy for sure, b/c i can hardly clap on beat, much less play any type of instrument! :) trace was going to town on these drums. he had the best time. he would fuss at lucas when lucas messed up his drum set! 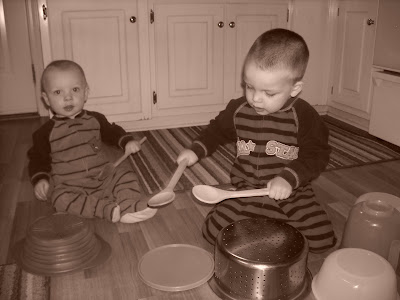 the boys have little rocking chairs that they love! lucas is getting brave, and trying to crawl up in his. i actually caught him crawling in it, then standing up backwards! i was too scared he was gonna fall to take a pic... so here are just a few cute pics of the boys posing! 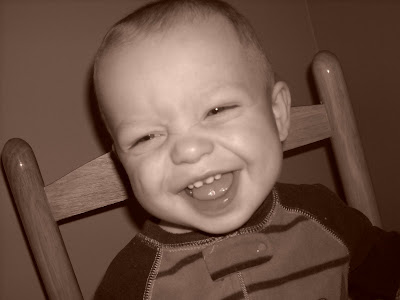 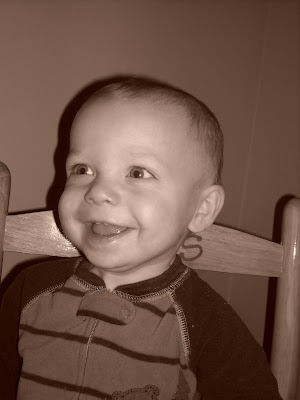 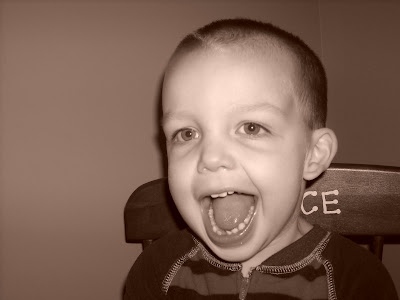 trace, however, gave me silly smiles and faces! 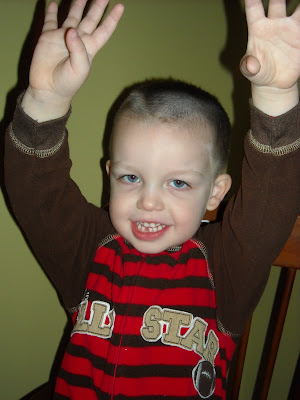 notice the fleece pj's... the boys wore them all weekend. not just at night, during the day too! i am all about being comfy and cozy! 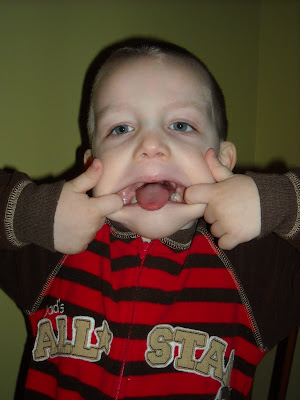 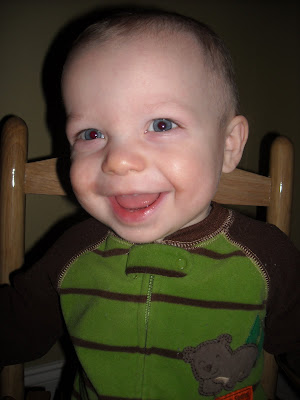 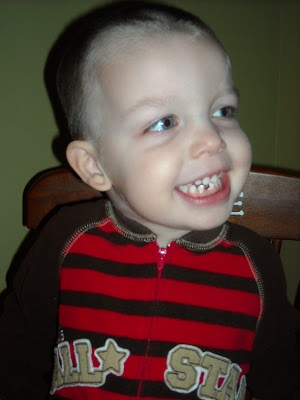 and this one just makes me laugh! my lil pop-eye! 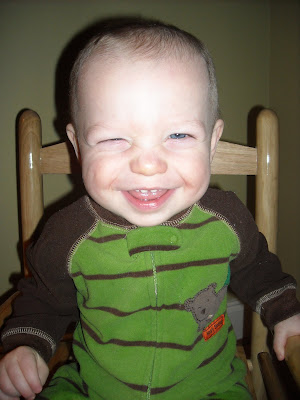 i wish i could say things have been all smiles around our house, but it's not so. i took lucas back to the pediatrician bright and early saturday morning. and guess what? he has an ear infection! that's right folks, tubes on monday and ear infection on saturday. grrrr. poor thing also has an upper respiratory infection. so he has new antibiotic ear drops as well as an oral antibiotic that he hasn't been on yet. i am praying this little cold and infection were already setting in, even before tubes, and it's not a sign of what's to come in the future post-tubes for lucas. he has been fussier than normal, and yesterday the ONLY nap he took was before church. it was a long day for us, but fortunately he was so tired from not taking a nap that he slept all night. and with some help from my friend mr. tylenol pm, so did i! :o) i am praying these meds start helping him soon, and our sweet smiley boy is well for his big birthday bash. can you believe in less than 2 weeks he will turn one??? wow!
here's the video of my little rock stars! sorry it is so blurry, i took it on my cell phone... and i'm not sure if you can even hear it. but i bet you get the idea! :o)

Your boys are too cute. I understand the crazy days indoors. Bring on spring!