monday, may 21. air tour, waterfalls, and dinner cruise, oh my! 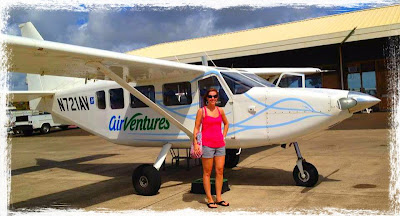 loni and i took an air tour in this cute little 7 seater plane on monday morning! i was a little nervous, but really excited! we saw tons of awesome sights. it was so cool seeing some things by air, then traveling there as well during our trip! 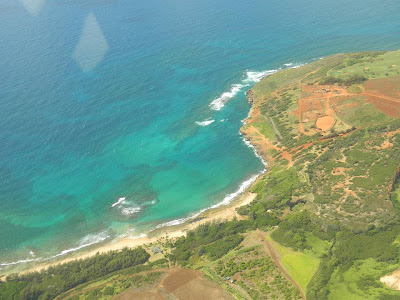 waimea canyon (more on this later, we visited there tuesday) 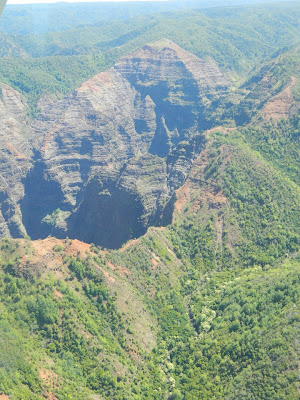 loni... preflight. during flight she felt a little quesey. :/ 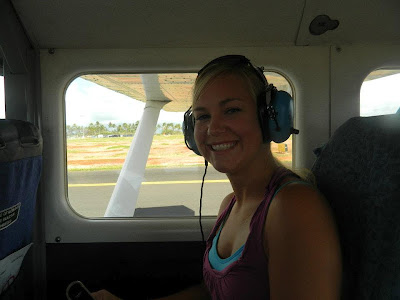 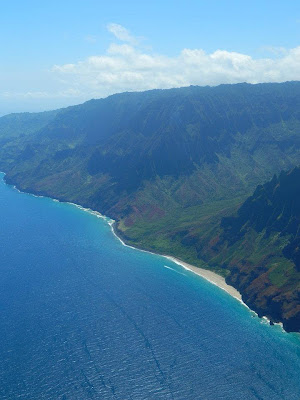 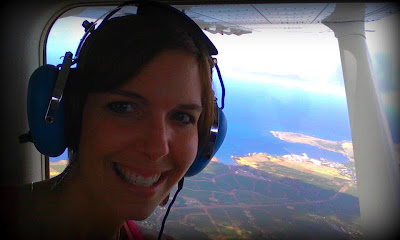 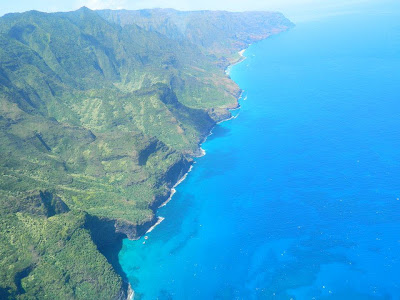 you see the red roofed circular looking house? that's pierce brosnan's house! how cool is that?!? 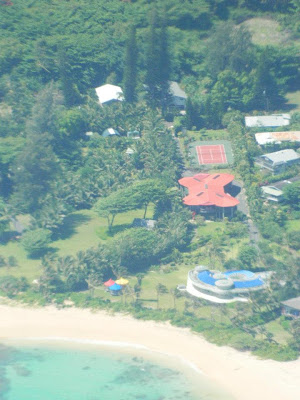 wailua falls... we went to visit this after the air tour! super cool!! 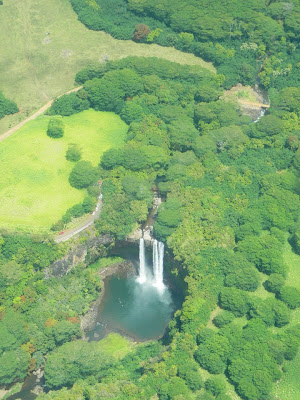 look at all the blueness!! 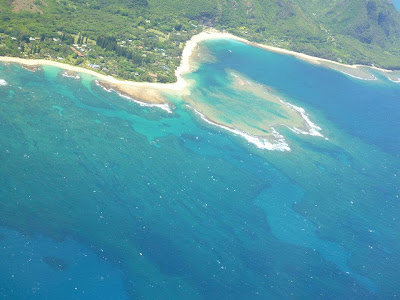 i asked the pilot if i could sit in his seat when the tour was over. and whaddya know? he let me! :) 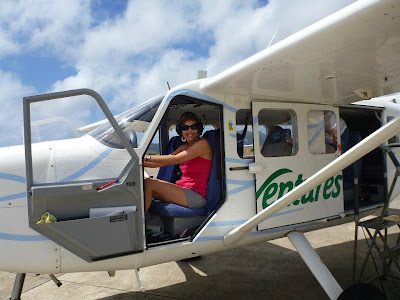 we had lunch at 2798 sushi, or something like that! :) i opted out of sushi and tried some korean fried chicken... shocker, i didn't love it. :/ so when all else fails, order dessert! :) this was a smores dessert that was ohhh so good!!! 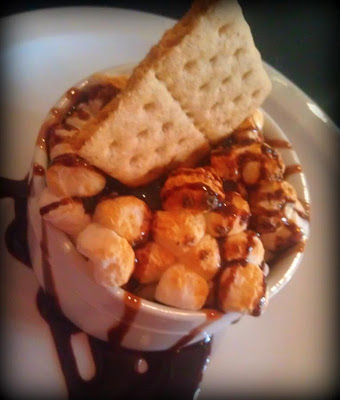 after lunch we drove up to wailua falls... pretty cool to be so close to it, after we had just seen it from 3000 ft in the air!
the falls were amazing... so beautiful! 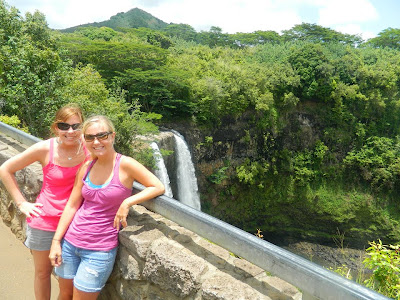 and oh, the rainbow!! it was so big and bright. i feel like i'm out of words to describe how awesome everything was... but i'm telling you, it was the prettiest place i've ever been!! 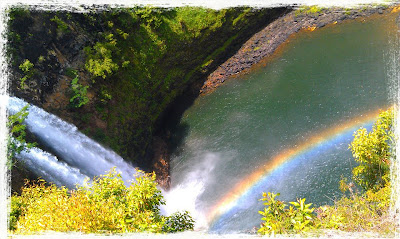 me and nate... in front of the falls...
oh, and this is where they taped fantasy island! 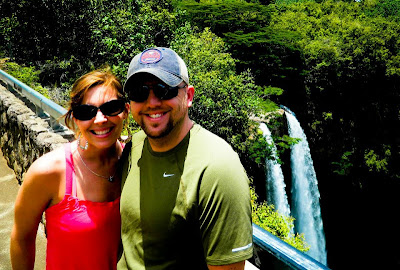 late monday afternoon nate and i went on a 4 hr sunset dinner cruise! it was one of our fav things we did on the trip!! the boat was pretty cool... we sat in the back most of the time and enjoyed the sights and the cool mist of the ocean! 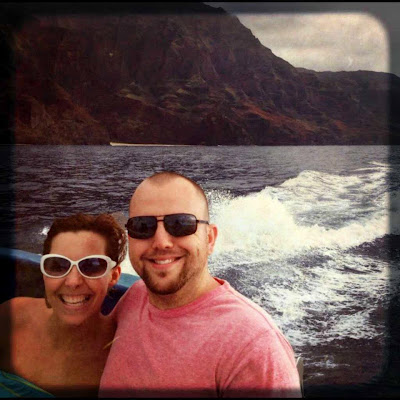 more waterfalls on our tour 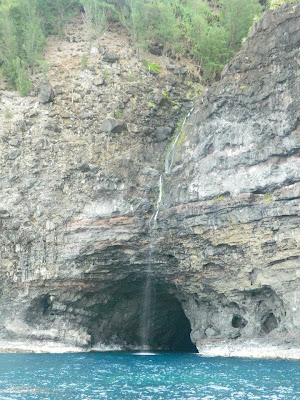 the smog on the mountains was crazy looking... 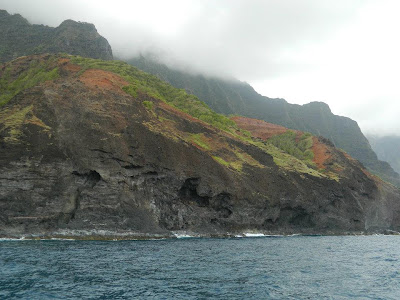 so as the sun started setting, and we went super fast, we were all wet from the water... and it was FREEZING!
one of the crew members, josh, let me wear his hoodie!
not the cutest outfit for such a pretty pic, but i was warmer than before! :) 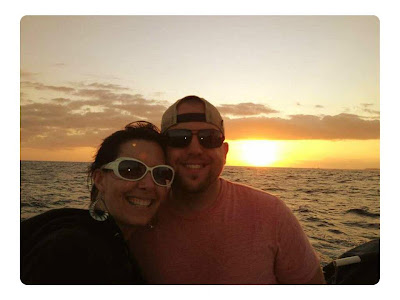 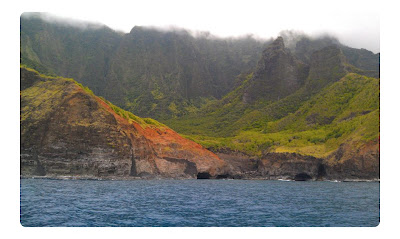 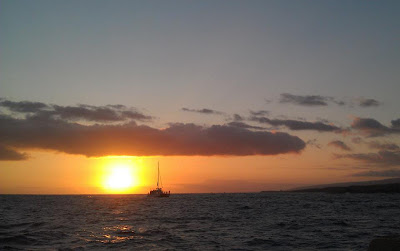 nothing better than seeing the awesomeness of our creator all around us! we really enjoyed holo holo charters... they did a fabulous job on the cruise. we will do it again when we visit hawaii next time! 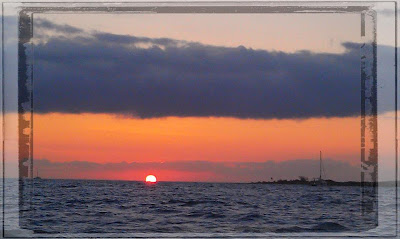 so we started the day out by air and ended the day seeing hawaii by sea.
awesome experience all around!